Looking for the Brighter Side A Fairy Tale by Liberty Forrest

A Fairy Tale of Battery Acid and Cream
by Liberty Forrest 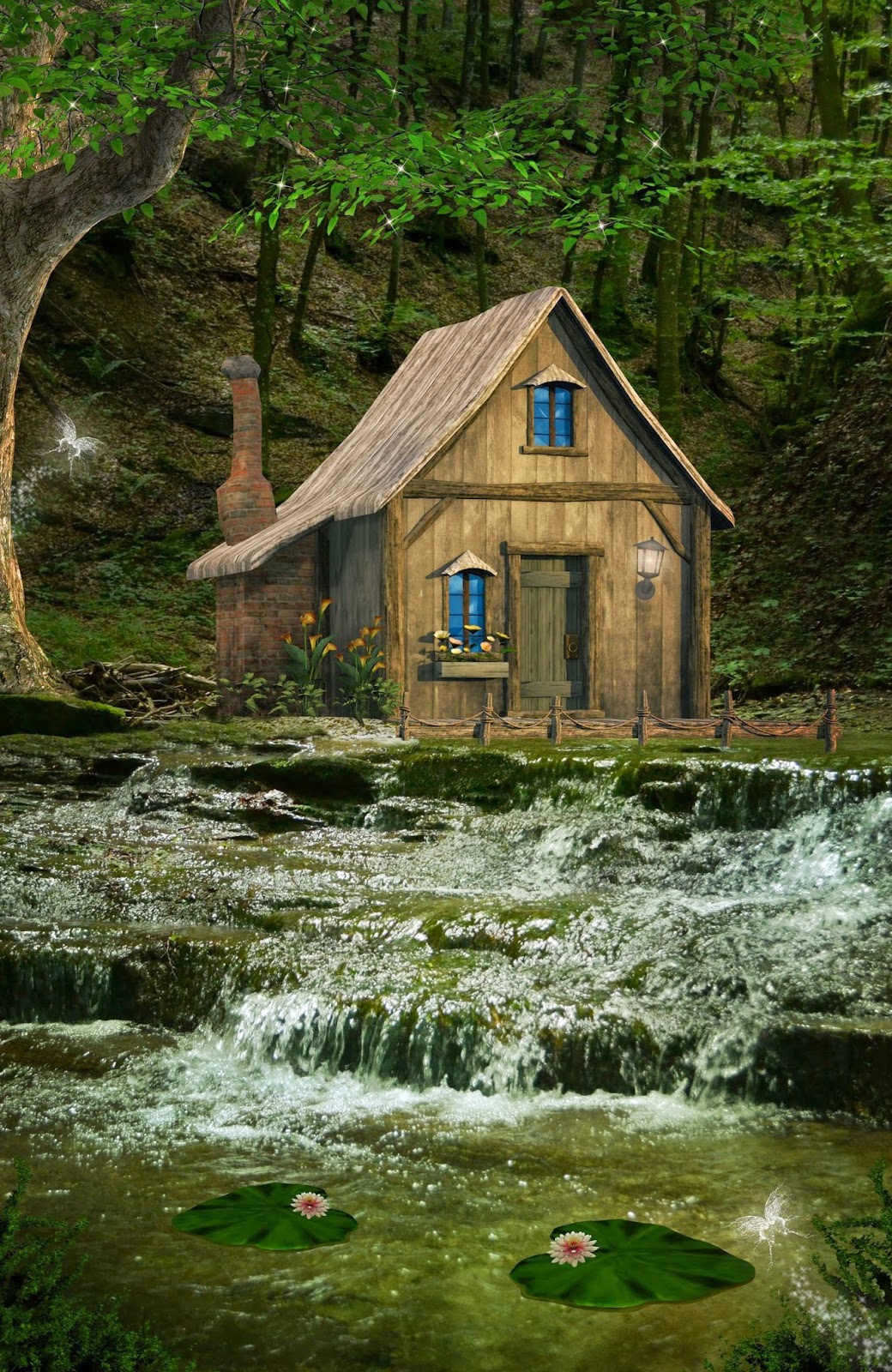 Once upon a time, there was a girl called Glumella who lived in a tiny house in the woods. She was a miserable little thing who sipped on battery acid and ate the prickliest thistles she could find.


She was always waiting for things to get worse and was comforted when they did, relieved not to have wasted any energy on being hopeful, only to end up disappointed.


“I knew it!” she’d mutter to herself, because no one dared come within 100 miles of her miserableness.  No one, that is, but her very beautiful little sister, Miss Perky-Lee.

Glumella was very jealous of Perky-Lee, whose entire being radiated sparkly sunshine and everything lovely. This sweet girl just couldn’t wait to get up every morning. She was always so excited about another new day, she just had to sprinkle her sunniness on anyone and everyone she met.

She lived on fresh cream and berries and never had a harsh word for anyone. Not even her miserable older sister, whom she adored and whose nastiness went unnoticed by the younger of the two.

In days gone by, Glumella used to wish she could be like her little sister, who was eternally happy, had loads of friends and was always dashing off to do something fun.

“Come on, Glumella!” the bubbly girl would coax.  ”We’ll have such a good time!”

But the grouchy older sister refused, for no particular reason, preferring instead to stay home alone, sipping on battery acid and eating the prickliest of thistles.

Eventually, Perky-Lee would stop pleading and head for the door and her waiting friends. “You know where I am if you change your mind!” she said every time.  ”I hope you join us later, my beloved sister!”

Her lips already just a thin, tight line, Glumella pursed them even more with every cheery little note that came out of her sister’s mouth. Her eyes were even squintier and I swear she shrivelled up a wee bit more with every syrupy syllable that assaulted her tiny, dried-up ears.

One day, Glumella could take no more. She could not stand to hear one more excited, delighted word from her cheery little sister. As soon as Perky-Lee leapt out of bed, Glumella was ready and waiting to grab her and stuff her into a dark and empty closet. Slamming the door shut and locking it, the older sister smiled in smug self-satisfaction.

“I’ll teach her a lesson!” she snarled.  ”I’ll show her that life is miserable and empty and horrible and there’s absolutely nothing in it that should make her so nauseatingly happy all the time!”


She waited for the screams, the pleading and the pounding, but they never came. Instead, Perky-Lee maintained her composure.

“Please, dear Sister, would you open the door? I seem to have got stuck in this closet,” she said quietly.
Glumella was puzzled.

“Silly me, I don’t know how it happened!” Perky-Lee continued. “But here I am, dear Sister, and the door is jammed. Could you help me, please?”

Glumella’s eyebrows knit themselves together. Still, she did not utter a sound. Instead, she shoved a saucer of battery acid and a plate of thistles under the door for her sister to eat, and ran from the house.
It was dark when she returned that evening, making her way through the woods to her little home. But as she grew closer, she could see a soft light glowing in the windows.

“What’s this?” she wondered. She hadn’t left any lights on. Perhaps Perky-Lee’s friends had come in and – oh, dear, those meddlesome little brats had better not have let her out of that closet!

Quickening her pace, she hurried to the house and went inside. There were no friends. The closet door was still locked. No lamps were lit. But there was a soft light radiating from the closet and filling the little house. And she heard only a lovely, quiet tune as Perky-Lee sang softly to herself on the other side of that locked door.

“How did you — where –” Glumella could not finish the questions. Terrified, she ran from the house once again.

By the light of day, she thought she was brave enough to return once more. But the light was growing even brighter than before and there were more saucers of cream and plates of berries. And still that infernal singing!

For days, Glumella kept shoving battery acid and thistles under the door for her sister then disappearing into the woods. And every time she returned, the light shone brighter, and the plates were filled with berries and cream.

One night, as she stood dumbfounded again and staring at those plates, she noticed that the light was warm. Perhaps it had been warm before; she did not know. All that mattered was that it was warm just then, and that was unfamiliar. She thought, perhaps, that it was even pleasant, and did not realise that until that very moment, she had always been cold.

She stood unmoving and in awe as the warmth from her sister’s light wrapped her in a loving embrace, while one tear chased another down her dry and withered cheek. Hesitantly, she bent down and plucked a berry from the plate, and popped it in her mouth. Its sweetness was foreign and beautiful at the same time; Glumella could not wait for another. And another. And still another.

Suddenly, there was a loud click as the door unlocked itself and the radiant Miss Perky-Lee stepped out of the closet. Glumella burst into sobs as she fell into her little sister’s arms, begging to be forgiven.


But Miss Perky-Lee simply smiled and held her sister, knowing that there was nothing to forgive.


liberty forrest is the Owner and Founder of Quantum Lightworkers and Healing, and the Quantum Lightworkers Healing Method.
She is also the author of several books. As well as writing for Huffington Post, her articles have appeared in numerous publications in many parts of the globe, including Canada, USA, London UK, South Africa, India, Australia, Hong Kong, Singapore and more. From 2011-2013 she had a weekly column in the Dubai branch of “Hello!” Magazine.
Visit liberty online at www.libertyforrest.com