I’ve never, ever liked baseball. I’ve sat through a few games, even gone to a few. Yep, I even was excited when the Toronto Blue Jays won the World Series…both times, but I’ve never been one to follow stats, have a favourite player or care about October (sorry, October). Funny thing is I’ve always loved baseball movies. Whether it’s heavy on the melodrama, the gritty realism or the comedy, I’ve always found something about the baseball to be intriguing. So what is it about baseball movies that can make even someone like me shell out the bucks to reach the fictional ninth inning? It’s the mystique of the American past-time (even if I’m Canadian)

1.) The Fairy Tale: The Natural / Field of Dreams

When you dig into the mythology, there’s such an aura around guys like Shoeless Joe Jackson or Babe Ruth. They were larger than life, in character and in deed. I’m not old enough to know what it was like to watch them play but the players seem to transcend the sport itself. They were symbols of not athletes but of an era when sports were more about bringing families together (usually father and son) and making it into the history books than it was about contracts and how much you could a home run ball for on eBay. I don’t think any movie was better at capturing the symbolism than The Natural

2.) The History: Eight Men Out / A League of Their Own/ Moneyball

Now the history of baseball isn’t just about the characters but rather the time periods they represented. In Eight Men Out, baseball was considered a morality play, something to aspire to…until players fell off their public pedestals to accept bribes to throw the 1919 World Series. In A League of Their Own, women fought for equality and some respect in a society that demanded painted smiles and stupid uniforms. And in Moneyball, Billy Beane ripped up tradition and the old mythology with it to build a team from stats and math forging a new sports legend. These movies weren’t about baseball, they just played there.

OK, I get it. Name any sports movie that doesn’t involve a bunch of lovable losers that no one expects to win, proving themselves and winning the big game. Can’t do it. However, it’s hard to beat a baseball move for stories of the underdog (OK, Rudy is pretty great). Bad News Bears is a classic with kids that are just brutal but you want them to win anyway. In Bull Durham, probably one of the best baseball movies of all time, doesn’t spend as many minutes on the diamond as you’d think. But, with Susan Sarandon, Kevin Costner and the role that made everyone really notice Tim Robbins, you don’t really care. However it works out, you want it to be good.

Baseball movies are very rarely ever about baseball. It’s probably why I’m always interested in the next one. What’s your favourite baseball move? 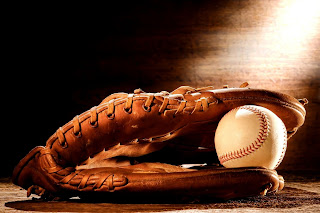