We are NOT invisible!  But at times when we are in vulnerable situations like domestic violence, trafficking, eating disorders, addictions etc, we feel like invisible is a better place to be.  It doesn't have to be that way.  Presenting "Invisible" at Hotel Arts on April 7th to raise funds and awareness towards women who are trying to flee these situations.  Mpact has partnered with Brenda House, Inn From the Cold, The Mustard Seed, The Drop In Centre, Neighbourlink, Highbanks, Sonshine Centre, Servants Anonymous and Wild Garden to bring you and evening of live entertainment, silent auction, art auction and dance. 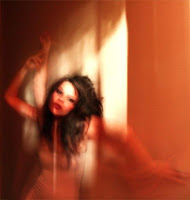 INVISIBLE is a dance show telling the stories of women who feel invisible, vulnerable and shamed.  You see one woman who learns her shame from culture - teaching her what is acceptable and what is not.  Ashamed of her increasingly aging body in a world of botox and grey-free hair, she slowly feels she sinks into the wall, ignored and overlooked by society. The woman with a mass-load of debt trying to keep up to the standards of her wealthy friends.  The woman who mourns "what she used to be".  The teenage girl finding her acceptance in one night stand only to be left alone the next day.
​
You see the other woman who wants to stay invisible to the world.  The woman  fleeing domestic violence, the woman who sells her body to feed her children, the woman hiding in the washroom trying to throw up her last meal.  The woman who cuts herself for the shame she carries.

You are NOT invisible.  Be heard and be seen!  We can all help others see The Brighter Side of life!