Unfortunately now, when most people hear the term “ironman” and movies, they think of Robert Downey Jr. heroics and metal underwear. Don’t get me wrong, Iron Man is a good movie, but what I’m referring to is in line with the storied competition. The Ironman – overcoming crazy odds to outlast and outperform under unbelievable pressure or, let me translate: 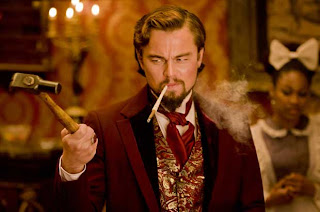 LD, as I never call him, has been pretty amazing for a good, long while. He’s enjoyed three Academy Award nominations with a recent Golden Globe nomination for his performance in Django Unchained. If you want his history, go to his Wikipedia page. If you want a look at his history of good movies, check this out:

What’s Eating Gilbert Grape (1993) – when actors had a stigma as “just TV” actors, this one showed everyone that DiCaprio had skillz. Playing Johnny Depp’s mentally handicapped little brother, he took what could have been a terrible stereotype and gave it real character. He’s good like that. It was also his first Oscar nomination.

The Basketball Diaries (1995) – what better way to shake that “kid” image than by playing an iconic American author, poet, alcoholic and drug addict like Jim Caroll? Again, the Leonardo took a risk on a part that could have been too over the top, or not effective. I’ve heard it’s even harder to play a real person because there’s something to compare to. He did the role justice.


Catch Me if You Can (2002) – DiCaprio has done very well playing biographical parts. He started with Basketball Diaries and continued that success in portraying master con-man and counterfeiter, Frank Abagnale Jr. How can you tell if an actor is good? Put him up against a proven Oscar winner like Tom Hanks. Great story, well told and directed by Stephen Spielberg.

The Departed (2006) – If DiCaprio has had any long-term love affair, it’s been with Martin Scorsese. Together they’ve made four films, with a fifth on the way. This film is my favourite of their collaborations, and I’m not alone. It won four Oscars, including the big one: Best Picture. You couldn’t ask for a better cast: Nicholson, Damon, Wahlberg, Baldwin, Sheen. And then you throw in Scorsese’s return crime drama roots …well, let’s just say I suddenly want to watch this again.

Inception (2010) – while director Christopher Nolan was taking a break from making two of the biggest movies of all time (Dark Knight anyone?), he put together a mind-screw of a film. Bending reality and putting dreams within dreams, this film would have failed if it weren’t for the absolute commitment of its actors. That’s great science fiction. And Leonardo DiCaprio lead the way. If you see this, make sure it’s in high-def, loud and on a big screen.


Can you think of a terrible movie with him in it? Me neither. There have been a few that haven’t been as popular or critically acclaimed as he may have liked but actually B-A-D…sorry, I got nothing. But then, that’s why he’s a helluva Good Movie Ironman.

Can you think of any other actors/actresses that are great, no matter what movie they’re in?  Find out more about Good Film Hunting and Russel Lolacher at www.goodfilmhunting.com.  Let him know who your favorite actor/actress is.  For us at The Brighter Side it's Tom Hanks and Jodie Foster. 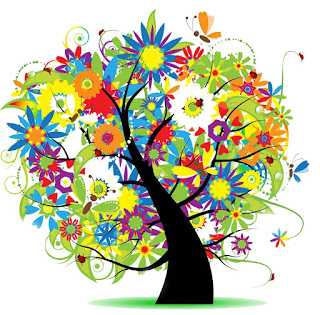