Marketing Machine
The Beard Review (amateur movie reviewer) – “I often choose big films that I’m super excited about and have been since first hearing about them, recent examples being The Hobbit, Argo and Django Unchained….it comes down to hype though: the more hyped a film is, the more views I’m likely to get so I’ll try and see it whilst the hype remains.”

2    Who’s In It
Shannon Stauffer – “For me it usually comes down to the actors and who was involved in making the movie. For example, I’m going to see “Oz, the Great and Powerful” in theatres because James Franco and Mila Kunis are two of my favourite actors.”

Paul Wong – “For me, it depends on the special effects. The more effects there is, the more I want to go to the theatres to see it.”

Cybel Martin – “Since I’m a DP (director of photography), any film with ‘important’ cinematography or production design, I try to see in the theatre. Any films with heavy special effects plus a very strong script I’ll see in the theatre (like The Dark Knight) because I enjoy being immersed in that world. The remaining blockbusters (Big FX with silly blots), romantic comedies, documentaries, indie films, etc., I wait to see them on DVD/streaming. I live in NYC and $14 can add up. 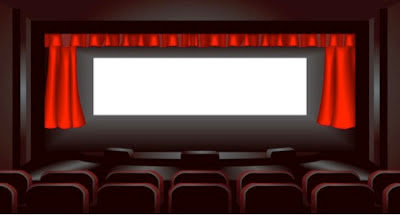 Always Better with an Audience
Alicia Rice – “There’s atmosphere in the theatre that you can’t ever get at home. All those people,
experiencing the same feelings at the same time. Oh, it’s great!”

Mike Kennedy – “What I’ve realized is that comedies are better when you can laugh with an
audience.”

Stephanie Smith – “I almost exclusively see action and horror movies in the theatres. Horror movies
especially because most of the time, it’s the audiences that make a good horror movie, not
necessarily the movie itself. “

Shannon Stauffer – “True, if you had the means you possibly could produce the same theatre
quality at home but it’s not the same because you don’t have the feel of the audience. Especially for
midnight showings…because sometimes the audience gets so worked up over the movie and you
get caught up with them.”

Some Alone Time
John Khoo - “The movie theatre is basically the only place left nowadays where one can focus on a
single thing with zero distractions for two whole hours.” 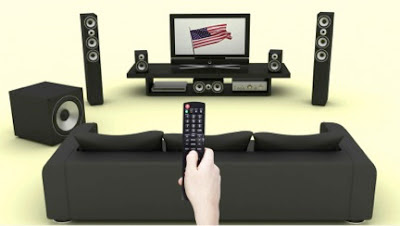 Jason Fuhrman – “Having a daughter and limited babysitters makes it difficult to go to the theatre as
much as I’d like so I tend to watch more at home.”

Mario Anima – “My daughter and son usually make it difficult to hit the cinema. However, I’m not
ashamed to hit a late show solo, and usually find that to be a good time to catch something other
than the standard big release.”


Does it Come with Lovin’?
Greta Piperkoska – “Depends on the guy that is asking me to go to the movie” J


Well, the overwhelming response is that most movie lovers would rather go to the theatre than stay
at home, whether it’s for the big effects, the audience experience or just to get a little “me” time.
How do you decide whether to go to the movies or stay at home with a rental? Let us know.

Email ThisBlogThis!Share to TwitterShare to FacebookShare to Pinterest
Labels: Good Film Hunting, movies, The Brighter Side